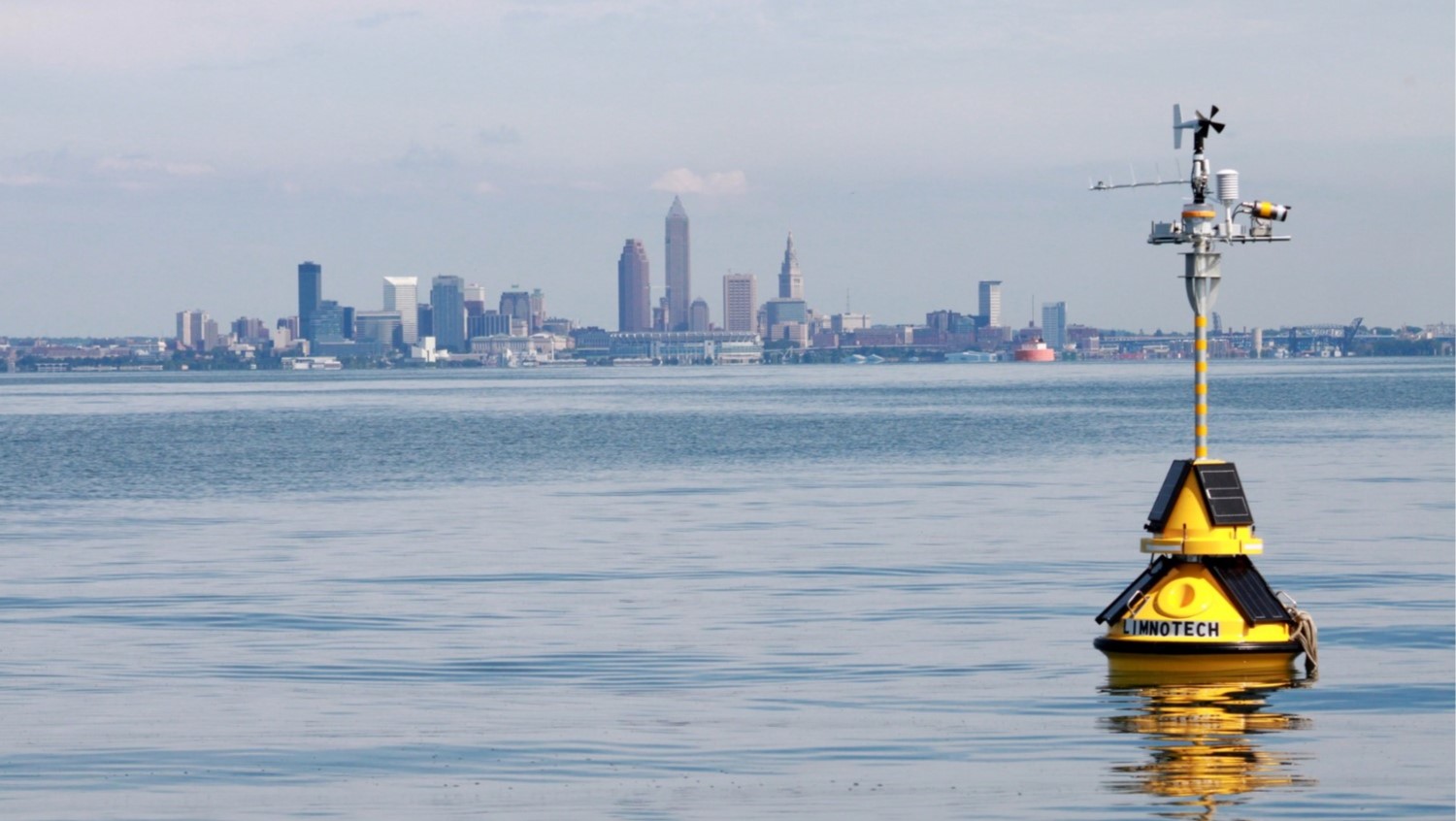 Lake Erie is one of our region’s best assets. It provides our drinking water, and supports a variety of jobs and recreation opportunities. We take our responsibility as a steward of Lake Erie seriously because the health of the Lake affects us all.

Cleveland Water uses surface water drawn from Lake Erie as the source of our drinking water. The water that eventually ends up in your home starts about 3 miles out in Lake Erie before being treated to ensure it is safe to drink.

Lake Erie is one of the five lakes that make up the Great Lakes. In total, the Great Lakes contain about 21% of the Earth’s fresh water. Lake Erie is the shallowest of the Great Lakes with an average depth of 62 feet.  Because it is so shallow, it is also the warmest Lake. Over 11 million people in Ontario, Canada, and the United States make their home along the shores of Lake Erie.

Because Lake Erie is so important to so many people, we constantly monitor changing environmental issues that might threaten the health and vitality of this great resource.

To see a live view of the lake and its current condition, click here.

During the late summer, Lake Erie can form a “dead zone.”   The dead zone is a large area of low-oxygen water located in Lake Erie’s central basin, approximately 45-55 feet below the surface.  No fish can live without oxygen; thus the term dead zone.  This water is colder and has a low pH. These conditions can also cause the water to absorb manganese from the bottom of the Lake, which is not harmful to drink but can cause water discoloration.

How does the dead zone form?

Changes in farming practices, especially in western Ohio and eastern Indiana, have caused increasing amounts of phosphorus to enter Lake Erie. The timing and amount of phosphorous that ultimately reach the Lake each year are affected by weather conditions. Heavy spring rains lead to more water runoff. The phosphorus is food for algae living in the top layer of water and leads to huge algal blooms. As algae dies, it sinks to the bottom of the Lake. These dead algae consume oxygen as they decompose — the larger the blooms of algae, the greater the probability that a dead zone will form. When the oxygen is gone, fish can no longer live there and a dead zone has formed.

How does this affect drinking water?

Weren’t mussels a big issue at one time?

Zebra mussels arrived in North America in 1988. Quagga mussels invaded the Great Lakes in 1989 and are now found throughout Lake Erie.  Quagga mussels are slightly larger than the zebra mussels and have a higher tolerance for cold water.  They are disrupting the Lake’s ecosystem.  They are competing with many native algae since they eat many of the same organics, but they do not eat phosphorus.  Such conditions allow cyanobacteria (also known as blue-green algae) to thrive.   Cyanobacteria can release toxins into the Lake water that pose a hazard to swimmers and other recreational users.

Why am I hearing about Asian carp?

Based on the problems caused by non-native species, scientists are closely watching other species that have invaded nearby ecosystems. Asian carp are of particular concern because they have been found in nearby waterways that eventually connect to the Great Lakes. Asian carp entered the Mississippi River watershed after floods in the mid-1990s allowed them to escape from fish-rearing and wastewater treatment ponds in the southern United States, where they had been brought in to remove algae and organic matter.  These carp are filter feeders that consume huge volumes of plankton from the food chain, starve out the young of native species, and quickly spread and overwhelm resident populations of game fish.  If the Asian carp enter the Great Lakes watershed it will produce another huge change in the ecosystem.  The U.S. Environmental Protection Agency(EPA) and state and local agencies have constructed a permanent electric barrier to prevent the fish from entering the Great Lakes through Lake Michigan.

The information gathered for this address and account states that the plumbing material is currently . Are you sure you want to change this information?